Quantum mechanics is extremely successful in explaining nature at its smallest scale. The other successful description of nature on a macro scale is the theory of relativity. The combination of these more than 100-years old theories delivers infinite and strange results. Highly unsatisfactory and frustrating. Two very successful nature descriptions that cannot be combined. Nature science on a macro scale next to science on a micro scale. The world in between them is unclear, while between is precisely the place and the key to solve this mystery . The search has taken a long time. The problems are pretty big. You can call it a crisis in physics.

A striking similarity between quantum mechanics and the theory of relativity is the prominent role of the observer in everything ; without an observer no quantum measurement problem, no wave particles duality and no ghostly entanglement. Without an observer no space and time to observe. Space and time are relative and dynamic for the observer. The speed of light and spacetime are absolute as a frame of reference. Damn hard to understand because our reality is a lot more predictable in behavior and traits. The reality between relativity and quantum mechanics must provide the key to this mystery. 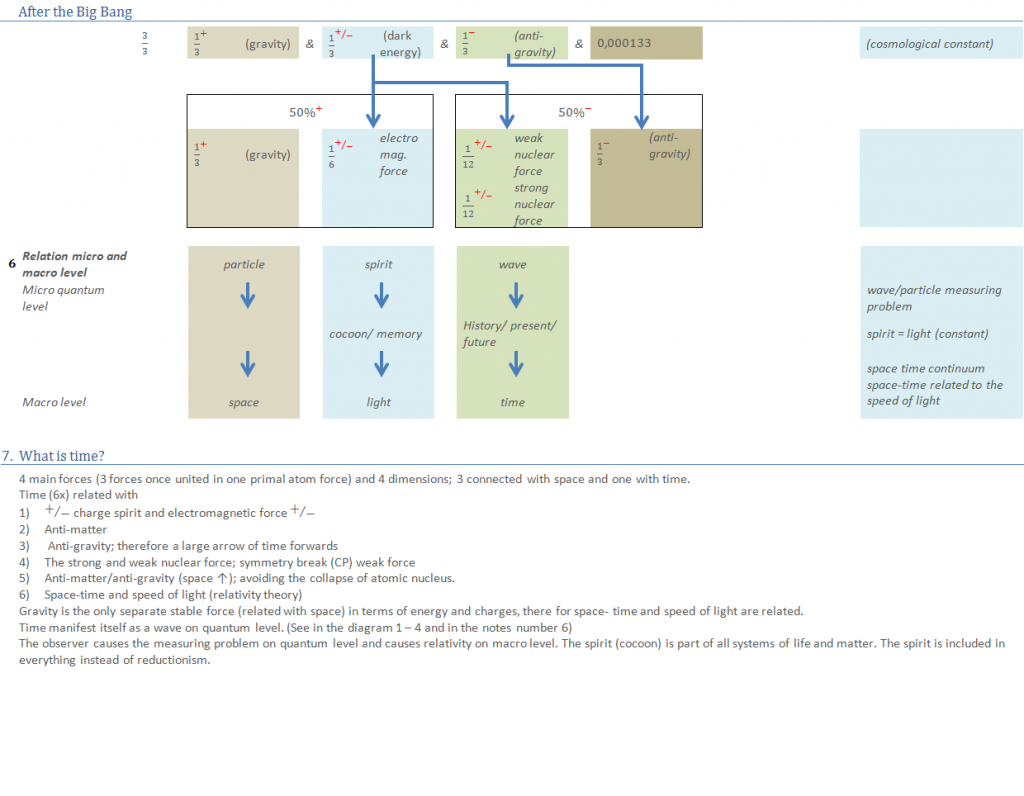 The timeline runs from past – now – future. The future is uncertain. The past can be registered. The moment of Now is where space and time comes together in relative terms; space – NOW – time. The space is the means of expression of a particle to manifest itself. The wave is a carrier of the time arrow and is part of the wave – particle duality; elementary particles are always ; a particle or a wave (layered nature).